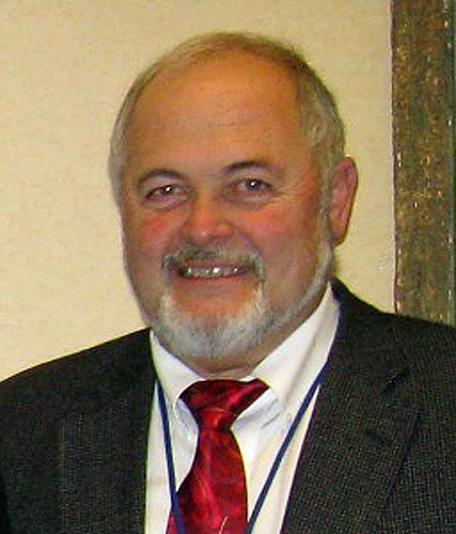 Earthquake Location part of Geophysics:Workshop 07:Geophysics Activities
Earthquake location is an interesting and significant aspect of seismology. A number of methods that vary from simple to complex are available for learning about earthquake location. The methods also allow ...

Field Geophysics – Sampling and Aliasing Theory and Examples part of Geoscience in the Field:Activities
Collecting geosciences data in the field involves sampling in time and space. Sampling includes theoretical limitation and the possibility of aliasing which has severe effects on sampled data. The concepts are ...

Importance of role models, introductory courses, and outreach to increasing the number of majors in geosciences part of Integrate:Workshops and Webinars:Broadening Access to the Earth and Environmental Sciences:Essays
Lawrence W. Braile, Earth, Atmospheric, and Planetary Sciences, Purdue University-Main Campus Many of us have likely had experience with the following ideas and strategies for increasing the number of geosciences ...

Reflections on Teaching a Large-Lecture, Introductory Earth Science Course part of Rendezvous 2015:Program:Abstracts
I have taught a large lecture (150-400 students), introductory Earth science course (Planet Earth; 3 credits) nearly every semester for over 20 years. The freshman-level course does not have a laboratory component ...

Vibroseis Correlation - An Example of Digital Signal Processing part of Geophysics:Workshop 07:Geophysics Activities
In the vibroseis method of seismic exploration, the seismic energy source (ground vibration controlled by shaking the mass of the vibroseis truck) is distributed over a time of several seconds. To see how vibroseis ...

Supporting Minority Students at Purdue University-Main Campus part of Integrate:Program Design:Increase Diversity:Supporting Minority Students
The majority of undergraduate students at Purdue University are from Indiana (57%) or surrounding states in the mid-west. Also, international students make up 17% of the undergraduate enrollment. The mid-western states have the lowest percentage of minority population of any region in the United States. Below are some statistics (2013-14) for undergraduate enrollment of the university. Purdue undergraduate enrollment: Male 16,843 (57.2%) Female 12,597 (42.8%) Purdue undergraduate minority enrollment: 16% of all undergraduates 19.4% of all U.S. undergraduates Purdue undergraduate underrepresented minority (URM) enrollment: 8.5% of all undergraduates 10.2% of all U.S. undergraduates Within Purdue's College of Science, there are 3319 undergraduates of which 2164 (65.2%) are male and 1155 (34.8%) are female. Demographic data for the Earth, Atmospheric, and Planetary Sciences (EAPS) department are shown below: EAPS undergraduate majors (2013-14) Male 70 (60.9%) Female 45 (39.1%) International students 12 (10.4%) Minority students 13 (11.3%) There are six undergraduate major programs within EAPS: Atmospheric Science/Meteorology, Geology and Geophysics, Environmental Geoscience, Planetary Science, Earth and Space Science Education, and Interdisciplinary Science (joint with other departments in the College of Science). The EAPS department was founded in 1967 in order to increase the coverage of science programs within the College of Science, provide degree programs in Earth and atmospheric sciences, and in recognition of the significance of the geosciences to societal issues into the future. The department was originally named the Department of Geosciences. The name was subsequently changed to the Department of Earth and Atmospheric Sciences and then to the Department of Earth, Atmospheric, and Planetary Sciences. There has been significant change in the EAPS demographics in the past 5 years. The percentage of female undergraduate students has increased from 27.2% in 2009-10 to 39.1% in 2013-14. Similarly, the percentage of international students has increased from 4.4% to 10.4%, and the percentage of minority students has increased from 5.2% to 11.3% in the same time period.