Why Use Games to Teach?

"PLAYING SHOULD BE FUN! In our great eagerness to teach our children we studiously look for "educational" toys, games with built-in lessons, books with a "message." Often these "tools" are less interesting and stimulating than the child's natural curiosity and playfulness. Play is by its very nature educational. And it should be pleasurable. When the fun goes out of play, most often so does the learning."
- Joanne E. Oppenheim (Kids and Play, ch. 1, 1984)

Making learning fun motivates students and helps them pay attention and stay focused on the subject. 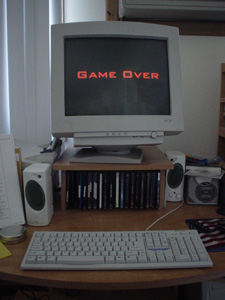 Unsurprisingly, 21st-century college students are somewhat different from those of the preceding decades, even as those differed from earlier students. Games will help us work with them.

Using games, not necessarily video games, for teaching is one way to shift to a more appropriate learning format for the Digital Generation.

One reason that games (outside of gambling) are such a great escape from the real world is that bad consequences are rarely serious or lasting.

Grades can tell students if they have failed to learn something, but for a variety of reasons, students may not make good use of that feedback.