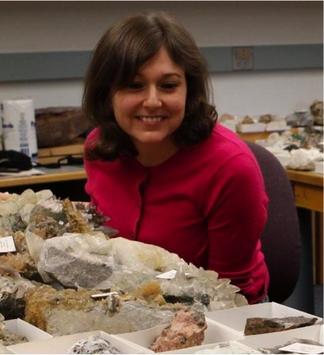 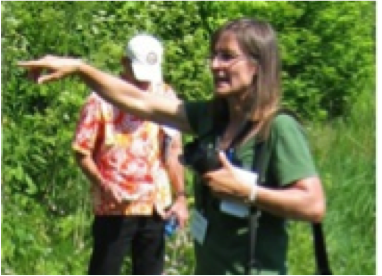 Show the description of Geology: The Earth around Us

Hide
From the Ursinus College course catalogue: "This course examines the current state of knowledge about the Earth and investigates the forces and process that shape it. Topics include the formation of the Earth and solar system, the materials that compose the Earth, the forces that currently act on, around, and within the planet, and the relationship of these forces to processes and features we observe and/or experience at the Earth's surface. To address complex and dynamic geologic processes, this course utilizes knowledge and methods from several different disciplines in addition to geology, including biology, math, physics, and chemistry."

Modified slightly from the S. Willig syllabus (see above) Geology: The Earth around Us is an introductory physical geology course that provides an overview of this fascinating and important field of study. It begins with a discussion of plate tectonics, the unifying theory in geology, and a review of earth materials including minerals and rocks (igneous, sedimentary, and metamorphic). The class then investigates processes driven by the internal energy of the Earth including volcanism and earthquakes and those driven by the Sun which power the water cycle, including landslides and subsidence, river flooding, and coastal flooding. Arid landscapes, glaciation, geologic time, evolution, and global climate change are also discussed. Students prepare and present individual case histories of different geologic disasters to deepen their understanding of these processes that prove hazardous when humans are present. Students work on developing topographic and geologic map-reading skills. The course culminates when they apply material learned during the semester to individual presentations about an aspect of geology near their home area. The ultimate goal of the course is to increase awareness of the critical role that geology plays in our lives.

The Humans' Dependence on Earth's Mineral Resources module was used within "Geology: The Earth around Us," an introductory physical geology course that caters to (primarily senior) non-science majors needing a science lab course to complete their core curriculum. Although it did not fully replace it, the module helped to make the "rocks and minerals" portion of our geology course much more interdisciplinary and relevant to the students. It also incorporated aspects of human impact on the environment as part of this unit, instead of being added on as a separate component later in the semester, and thus led to a closer association of geologic processes, human needs/actions, and environmental and human impact. The students seemed to actively engage in the material, completing the homework assignments as well. As the module was run near the very start of the semester, the hands-on and group work activities helped set the stage for classroom participation.

Our observations noted that the group work aspect of the module helped the students form closer and more interactive relationships with each other, which continued throughout the rest of the semester.

The module was introduced at the end of the first week of classes and took two weeks to complete. These materials vary greatly in style from day to day, which helped to keep the students engaged during class time. Because we had two weeks of class plus lab periods, we were able to complete all of the units and their optional materials. Although I think we asked a lot of the students for those two weeks, they certainly rose to the challenge.

Relationship of InTeGrate Materials to Our Course

We used the module near the very beginning of this introductory physical geology course. From there, we worked for the next two weeks to fully complete Units 1 through 6 and took an additional class period for students to present their overarching mineral resource concept maps. We used the module to supplement and replace segments of the "rocks and minerals" portion of the course, maintaining some of the "traditional" activities, such as the mineral and rock identification labs, but replacing lectures about mineral and rock formation and related processes. The module also added a segment on "human impact" in relation to mining (and concepts of sustainability) that we may never have covered otherwise. Because we completed this module very close to the start of the semester, we believe that the required amount of student interactions (small group work with various partner combinations, whole-class discussions, presentations, etc.) resulted in a positive class dynamic that continued throughout the rest of the semester, even though the style of the course changed.

×
How the Units Were Arranged Within Class Periods

Provenance: Leah Joseph, Ursinus College
Reuse: This item is offered under a Creative Commons Attribution-NonCommercial-ShareAlike license http://creativecommons.org/licenses/by-nc-sa/3.0/ You may reuse this item for non-commercial purposes as long as you provide attribution and offer any derivative works under a similar license.

I had hoped that by using this module students would:

For the most part, we found that: