This material was developed and reviewed through the GETSI curricular materials development process. Final review and editing is pending.

Final review, editing, and approval by GETSI for this material is still pending.
This page first made public: Jan 29, 2020 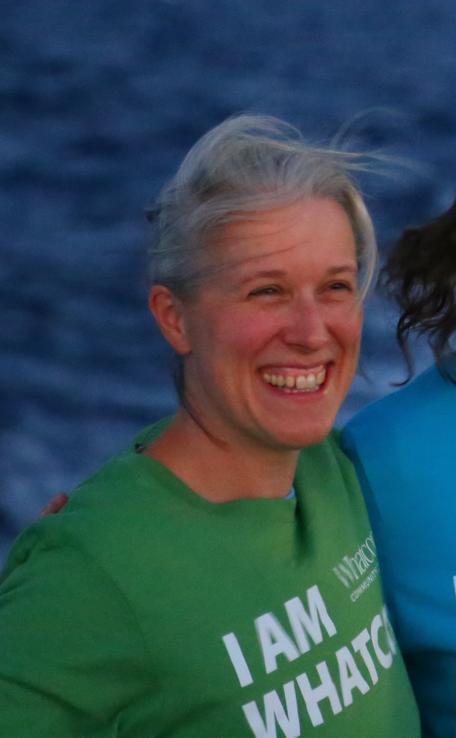 Provenance: Photo taken by Stephen Pekar
Reuse: This item is offered under a Creative Commons Attribution-NonCommercial-ShareAlike license http://creativecommons.org/licenses/by-nc-sa/3.0/ You may reuse this item for non-commercial purposes as long as you provide attribution and offer any derivative works under a similar license.

This is an introductory course for non-majors with no pre-requisites. Many of the students enroll in this class because it sounds interesting, but also because they are required to take a science class for credit. The class is in 3-hour blocks in which lecture and lab are integrated throughout.

Hide
A study of the nature, causes, impacts, and methods of coping with natural disasters, including earthquakes, volcanic eruptions, landslides, floods, tsunami, tornadoes, hurricanes, drought, blizzards, fires, and other topics.


This module was implemented in my natural disasters class that examines how humans are impacted by natural disasters and how we can minimize or exacerbate that risk based on the choices we make. This is a 3-hour integrated lecture and lab that is highly student-centered through inquiry investigations. Teaching at a community college already assures a highly diverse population demographically, but also age, preparation, and lived experiences. The quarter I implemented this module, I had an incredibly diverse set of learners including two visually impaired students.
Throughout the activity, students were highly engaged and the classroom community became much stronger as students interacted outside of their regular groups. In addition, with slight modifications, both students who were visually impaired were still able to successfully complete the module and fully participate.

By the end of the module students were having nuanced discussions about different volcanic properties, risks, local population dynamics and how monitoring could benefit those surrounding communities.

Because of the two visually impaired students in my class, I had to modify handouts that had tables so that they could still fill in the materials and/or provided digital access online for the materials (example in unit breakdown below). In addition, I provided graphs with puffy paint to add texture so that the one student who needed the tactile support was able to still discuss and engage in the content discussions.

My course is 11 weeks long (we're on the quarter system) and this was introduced relatively early in the quarter (week 4) after process of science, the rock cycle, plate tectonics and earthquakes. I originally intended to introduce a volcano overview prior to this unit, but ran out of time, so jumped in with no volcano preparation other than the fact that volcanoes occur at certain plate boundaries and hot spots. Later in the course, we discuss LiDAR (introduced in unit 2) in the context of landslides and the final class activity included assessing geologic risk (unit 4) for the world and the country based on multiple disasters.

I used the pre-readings as a way to assure students were prepared for class discussions. In addition, I collected their responses from the unit 2 mixed class discussion and used them to guide some of the discussions as a formative form of assessment. For example, students seemed to be struggling with the difference between the value of short term forecasting during an impeding eruption vs. the value of long term monitoring of volcanoes. Using their responses from those mixed group assessments afforded me the opportunity to use their language to help them make distinctions prior to starting the Yellowstone unit (unit 3).

The more formal assessment included the volcano bulletin and the letter to the senator. I re-created the rubrics on Canvas in order to make grading go quickly and students submitted them digitally. In general, I was very pleased with how students did in response to these assignments in applying concepts from the units. Students did ask if they wrote a letter and received a response from the official, could they receive extra credit. I agreed (although for only a nominal amount of points). I'm not sure if it's because of that, or for other reasons, but I left it open for them to decide which volcano they wanted to write a letter about, but only provided extra resources for the three volcanoes from unit 4, and I was surprised at how many students chose the local volcano (Mt. Baker) to write about. This required them to do their own research on MRI's and eruptive history rather than rely on resources. This surprised me, but also pleased me. A number of students asked to have their letters read before they were due for feedback. In the future, I might try to have a peer-review process to assure they can all receive early feedback.

Lastly, I also asked the open-ended quiz questions from the units 3 and 4. Students overall did a really good job with the questions, however it was clear there was a lot of confusion around what a seismic swarm was, so I ended up not counting that question. The MRI question was challenging, but I felt comfortable that a significant portion of the class was able to successfully answer the question, and almost all of the students were able to identify variables that play a role in assessing risk for Fuego.

Since the only significant learning goal of this course that addresses volcanoes is, "Using the theory of plate tectonics, explain geological phenomena and their distribution." I had a larger goal of assuring students not only understood the general properties of volcanoes, but also how these volcanoes play a role in exacerbating or minimizing risk to local populations and how different populations face different needs. As non-majors, I want students to value why science is useful and important in addition to feeling that it's something they can access and navigate and communicate that information to others. I feel that students strongly experienced all of those goals and did so by helping to create a community of learners.