Drying of the American West 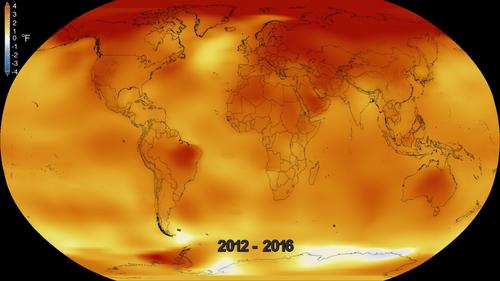 As you've looked at the data on climate and precipitation, you've learned about how drought is considered a common part of the long-term climate of the American West. Part A looked at two of the water reservoirs for the Colorado River Basin and the current drought situation. Now, you're going to look at one of many recent studies that are helping decisionmakers plan for the future of this region's water.

Precipitation is a necessary factor in determining water levels, but temperature is also a factor. Temperature helps influence evaporation, snowmelt, and drives up water use both in cities and for agriculture. Studies indicate that temperatures are rising across the country, and in the Upper Basin of the Colorado River, from 2000 to 2014 temperatures were 1.6 degrees Fahrenheit higher than the 20th-century average. One recent research study looked at what rising temperatures mean for the next century and the Colorado River and what they call a "hot drought." This article Climate Change is Shrinking the Colorado River is based on a research study written by the same two authors. Your teacher may ask you to read this article. 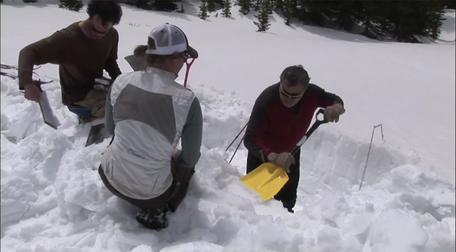 ×
from Water: A Zero Sum Game
The study also cites warming temperatures affecting snowpack and runoff. Snowpack is the volume of water that exists as snow on the surface during winter months. Historically, melting snowpack has fed the Colorado river gradually through the spring months. Since 1985, snow has been melting earlier and faster, flowing downhill in the late winter, leaving the land drier during the spring.

Watch the video Water: A Zero Sum Game from the Institute of Arctic and Alpine Research at the University of Colorado, Boulder. This video looks at how snow impacts the watershed.

Natural flow of the river

Since the early 1900s, dams on the Colorado River and its tributaries have diverted huge volumes of water away from the river. The dams have also increased the amount of water that is lost to the atmosphere by evaporation. By considering all the water that has been removed from the river system upstream, scientists have been able to reconstruct the "natural flow" record of the Colorado River at Lee's Ferry, the point directly below Glen Canyon Dam (the dam that forms the reservoir called Lake Powell). As it states on the TreeFlow site, "This natural flow record is important because it shows the variability in streamflow due to climate alone, apart from changes in the use and management of the river."

The graph shows water volume in million acre-feet (MAF). Acre-feet are units used in agriculture. One acre-foot is approximately 326,000 gallons, the amount of water it takes to cover one acre of land with one foot of water. Used with permission from Western Water Assessment, http://wwa.colorado.edu/

Hide
About the Colorado River Compact, the legal agreement

7. In your own words, describe what's responsible for lower reservoir levels in the Colorado River Basin.


8. List at least 3 possible impacts of the decline in water storage on the Colorado River.

Watch the animation of temperature anomalies from 1880 to 2016 on NASA's visualization site.

Look at how recent snowpack for the Upper Colorado River Basin compares with recent years. (snowpack data live Nov – mid-June) You can turn individual years on and off by clicking on the key icons below the graph.