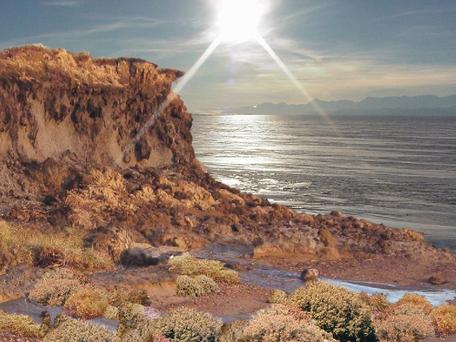 ×
This artist's rendition created from a photograph of Antarctica shows what Antarctica possibly looked like during the middle Miocene epoch, based on pollen fossil data. Photo courtesy of NASA/Dr. Philip Bart, LSU.

In this chapter, you will learn more about how scientists study Earth's past climate using sediment cores and fossilized pollen. Organic-walled material, such as pollen, has been recovered by the National Science Foundation's polar research vessel, the Nathaniel B. Palmer, as part of the shallow drilling (SHALDRIL) effort. This drilling effort took place near the Antarctic Peninsula. The fossilized pollen in the core can be correlated to the age of sediments in which it is located, giving scientists information about past climates.


You will upload core data from the recent SHALDRIL expedition to Antarctica into GeoMapApp and investigate Antarctica's past climate and species distribution. In particular, you will use the pollen data recovered from the cores to show the decline in plant life that began during the geologic time period known as the Eocene. You will relate the Antarctica's past plant assemblages to modern vegetation distribution and produce computer-generated visualizations to communicate your findings.