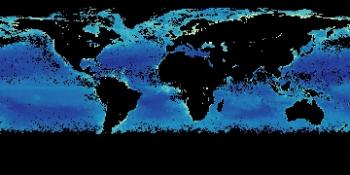 Earth contains a fixed amount of carbon. Over time, all the carbon atoms in the Earth system move among reservoirs in rocks, oceans, the atmosphere, and living organisms as part of a geochemical cycle. However, between one and two billion metric tons of carbon per year are "missing" from the environment. In other words, scientists cannot account for 15 to 30 percent of the carbon that humans annually release into the atmosphere. This lack of understanding about what happens to carbon prevents scientists from developing accurate models.