Using Project EDDIE modules in From Stones to Bones 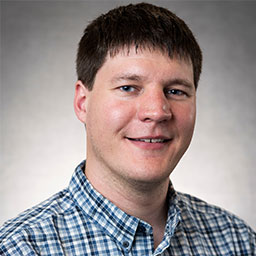 From Stones to Bones

A lot of undergraduate paleontology classes get bogged down with teaching the anatomy of dozens of organisms found in the fossil record. Just focusing on these aspects of paleontology make for a repetitive course that ends up just being about memorization. Instead, this activity focuses on what scientists actually do with the fossils they collected and the state our knowledge base. For example, after the activity, the students were surprised how some museums had very few corals and sponges compared to turtles.

Relationship of EDDIE Module(s) to my Course

This is probably best at the end of the term after students have learned about lots of different types of organisms and about how the fossil record preferentially preserves certain organisms. Perhaps best as a two week final lab activity with an pre-reading and follow up discussion to round out big ideas in the course. In general it gets them thinking about how much data we actually have access to in the fossil record and how that limits what we can and cannot say about the past.

What key suggestions would you give to a colleague before they used the activity in their teaching?
I think ending with a discussion is important. A lot of the activity is individual work and while some student might work in partners, I think not having a conversation about museums at the end would leave out important context the assignment is striving to teach.

How did you address challenges in teaching with the module?
No major challenges came up during piloting. There was one question that was worded poorly and had to be rephrased in class, and there was an typo in the dataset, but both were corrected quickly once they were identified.

I think the assignment increased the student's quantitative abilities. I think for most of them it was their first experience using statistics on a scientific dataset and they generally understood the point of what we were trying to do with the statistics. I think it was helpful for them to see a p-value calculated and applied to a real hypothesis test.

Several students remarked on how useful it was to learn to use Excel in this way. Basically none of the students in my class had ever used Excel to calculate formulas and then apply those formulas to multiple cells. They were very impressed with how easy it was after doing it.