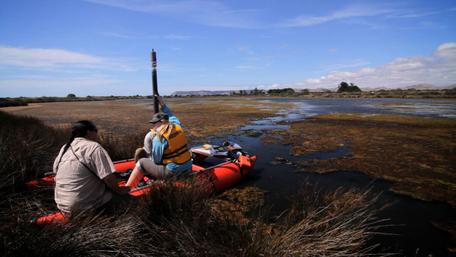 ×
Humans have influenced fire regimes for thousands of years by increasing the frequency and timing of ignitions, altering the abundance and type of fuels and suppressing natural fires. Changes in fire-regimes have dramatically altered ecosystem dynamics by shifting plant communities, creating opportunities for recruitment of fire-prone or fire-inhibiting plant species, and restructuring land-surface processes and nutrient cycles. At large, regional to continental scales, natural factors, particularly climate and vegetation type, are and have been more important than humans in determining fire regimes. However, recent evidence suggests that even small populations of early-humans had dramatic impacts on fire regimes and vegetation, creating fire-prone landscapes. We set out to better understand the causes and consequences of fire in the past, present, and future in New Zealand, a landscape where widespread forest transitions followed both early-human and European arrival.

New Zealand provides a unique setting for examining human impacts because the country was settled fairly recently (c. 700 yrs ago) during a time of relatively stable climate. In addition, the temperate forests of New Zealand were sensitive to land-use activities that accompanied human arrival. The first peoples in New Zealand initiated a sequence of events that resulted in the loss of more than 40 percent of the forests, and this deforestation occurred within decades of human arrival. It was accomplished by the introduction of a new disturbance—fire. Additionally, these widespread forest transitions were initiated by relatively small, mobile populations in the absence of climate change, a situation that is contrary to other temperate forest regions where deforestation was associated with dense agricultural populations and/or significant climate change. New Zealand offers one of the most dramatic examples of human-caused deforestation through the deliberate use of fire, and its vegetation and fire history provides an important case study for understanding the consequences of temperate forest transitions occurring worldwide today.

The following are key research questions related to the study of human-fire-climate interactions in New Zealand:

On a global basis, real-world applications of answering these and other related research questions include:

Provenance: New Zealand Government
Reuse: This item is offered under a Creative Commons Attribution-NonCommercial-ShareAlike license http://creativecommons.org/licenses/by-nc-sa/3.0/ You may reuse this item for non-commercial purposes as long as you provide attribution and offer any derivative works under a similar license.
This article in Te Ara - The Encyclopedia of New Zealand tells the story of human effects on the environment in New Zealand, beginning with the earliest humans. 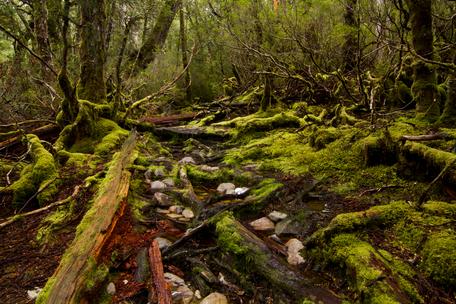 ×
View a video from the Wildfire PIRE project titled, "The Core of the Problem: Fire Histories from New Zealand's Lakes." This video describes the fire history of New Zealand's unique landscape. Fire scientists from around the globe reconstruct New Zealand's fire, vegetation and climate history using lake-sediment cores and tree-ring records. These records reveal the story of New Zealand before and after the arrival of Maori and European settlers. 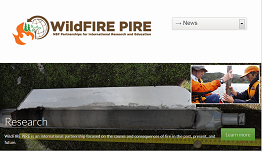 ×
The WildFire PIRE Project is an international partnership focused on the causes and consequences of fire in the past, present, and future: a partnership that brings together an array of fire scientists and managers to learn from each other and provide knowledge about fire's role in the Earth System. Our vision is be a leader in interdisciplinary discovery, education, and engagement focused on wildfire in temperate ecosystems, starting in New Zealand, Australia and the western U.S., but with the goal of extending fire science more broadly.