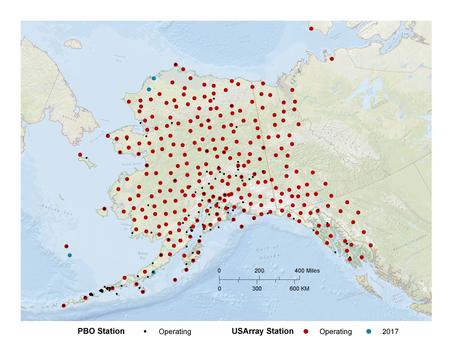 ×
EarthScope is a multi-decade effort to explore the structure and evolution of the North American continent. a program of the National Science Foundation (NSF) that has deployed thousands of seismic, GPS, and other geophysical instruments to study the structure and evolution of the North American continent and the processes that cause earthquakes and volcanic eruptions. It involves collaboration between scientists, educators, policy makers, and the public to learn about and apply exciting scientific discoveries as they are made. ANGLE is one of many research and educational project funded by EarthScope to ensure that residents across the USA can benefit from our increased knowledge of geoscience and geohazards.