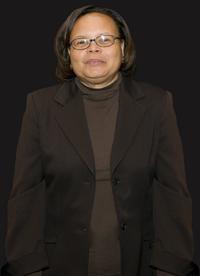 I am an Associate Executive Director for the Education Directorate at the American Psychological Association (APA) and Director of the Office of Precollege and Undergraduate Education (PCUE).
I provide leadership and management oversight for programs and initiatives that promote quality teaching and learning in secondary schools and in undergraduate psychology programs. I earned a doctoral degree in developmental psychology at The Ohio State University, and I have been teaching courses in developmental and educational psychology for more than 25 years. I have held teaching appointments at Howard University, the University of Tennessee-Knoxville, and Prince George's Community College where I was chair of the Department of Psychology.

Recently, APA's Board of Educational Affairs (BEA) appointed two working groups to respond to the needs of psychology teachers nationally. Both of these working groups will produce documents that will be shepherded through the APA governance process to become APA policy. The BEA Working Group to Strengthen the Common Core in Introductory Psychology was appointed in response to concerns raised at the 2008 APA Conference on Undergraduate Education in Psychology by conference participants regarding the need to strengthen a common core for the introductory psychology course. The BEA Working Group on Revising the APA Guidelines for the Undergraduate Psychology Major was appointed to refine the current learning goals so that they reflect the skills and knowledge expected of an undergraduate psychology major at the end of a baccalaureate degree program.

As the Director of the Office of Precollege and Undergraduate Education, I work with PCUE staff to provide support for these two working groups. The policy documents that will emanate from the work of these two groups will have an enormous impact on the knowledge, skills, and values taught in the undergraduate psychology major.