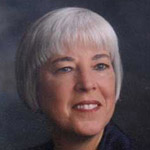 Peggy Renner,trained in United States historian, specializes in the history of women.She earned her bachelors, masters and doctorate from the University of Pittsburgh, under the direction of Samuel P.Hays, one of the early scholars to shape social history. Her research interests are women and education in the nineteenth century.
She has taught at Glendale Community College (GCC) for the last 23 years. She now serves as the chair of the history department. Before accepting the position at Glendale, she was a migrant scholar with appointments at universities in Missouri, Texas, and Utah.
She has served as the president of the Academic Senate at GCC and as the Coordinator of the Master Plan. In both capacities she worked to support the teaching faculty in numerous funded and unfunded projects designed to improve teaching.
In addition to her work at Glendale Community College, she has served as the President of the Western Association of Women Historians, as the Executive Director of the Coordinating Council for Women in History. She has also served on the Teaching Committee of the American Historical Association, and the Committee on Committees for the Organization of American Historians. She now serves on the Nominating Committee of the Organization of American Historians.
Her commitment to excellence in teaching have also engaged her in several task forces and committees of the California Community College Academic Senate.
For fun she enjoys time in the Sierras, where she and her husband have a cabin. The project this week-end will be replacing the roof and chopping wood for the winter.

Peggy has been involved in revising the course outlines and the development of student learning outcomes as assessments for the history curriculum. She serves on the CID committee of the CCCAS to standardize curriculum to facilitate transfer to the four year schools for students in the California Community Colleges.