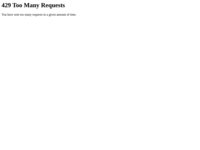 The complex tectonic evolution of southwestern US is explained with these detailed paleogeographic maps of this region. Significant geologic features such as the Cordilleran volcanic arc, the Cordilleran fold and thrust belt, incipient Laramide uplifts, foreland basin and Western Interior seaway are depicted in this series of maps. Discussions of important geologic features, concepts and the tectonic evolution of the southwestern US during the Cretaceous accompany the maps.