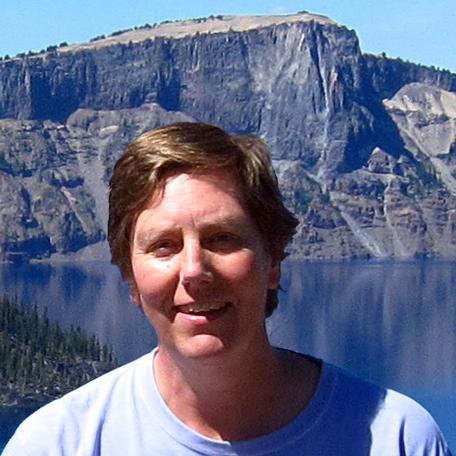 Provenance: Julia Morgan, Rice University
Reuse: This item is offered under a Creative Commons Attribution-NonCommercial-ShareAlike license http://creativecommons.org/licenses/by-nc-sa/3.0/ You may reuse this item for non-commercial purposes as long as you provide attribution and offer any derivative works under a similar license.

Undergraduate majors class, typically one of the first courses that majors take. One of four topical courses, which also include Earth Chemistry, Earth Cycles and Surface Processes, and Earth's Interior.

Hide
Introduction to the mechanics and deformation of the Earth's crust and lithosphere, emphasizing rock strength and rheology, earthquakes and faulting, brittle and ductile deformation mechanisms & processes, and an introduction to tectonic systems. Lab will develop skills for recognition, interpretation, and analysis of deformation structures and processes on maps, cross-sections and seismograms.

Hide
This course provides an introduction to the internal structure of the Earth, the forces that control it, and processes that deform it. Students will learn to recognize a range of different geologic structures, both large- and small-scale, and understand the plate tectonic settings in which they occur, interpret the geologic history of tectonic systems around
the world, understand the causes of earthquakes and interpret their source mechanisms, and develop the quantitative skills to manipulate structural and geophysical data.

A stimulating introduction to Earth's topography

My course provides Earth Science majors with their first in-depth encounter with Earth structure and plate tectonic processes. Through this lab exercise, students gained first hand experience manipulating and analyzing topographic (and bathymetric) data to interpret plate tectonic settings. My students were highly engaged throughout, and were thrilled to learn how GeoMapApp software could be used to study the Earth, leading them down new paths of inquiry.

Mini Lesson(s) Adopted and/or Adapted in this course

Relationship of Mini Lesson(s) to my Course

This mini-lesson was used as one of 13 weekly labs, scheduled toward the end of the semester after students had learned the basic concepts of structural geology, and were learning about tectonic systems. I had already lectured on rift zones and margin structure, thus, this lab provided a hands-on opportunity to explore the resulting rift-zone bathymetry and to assess how bathymetry varies as a function of crustal structure, deformation history, and more.

Students did not have to prepare in advance of the lab. They each had to bring a laptop to the class, and were provided with instructions and an in-class tutorial on GeoMapApp, which they enjoyed quite a bit.

I used the mini-lesson largely as presented in the SERC collection, but I provided an introduction in the lab handout that listed "factors" that might influence rift basin processes and morphology (including magnitude of extension or thinning, pre-existing structure, geothermal gradient, rift opening direction, magmatic activity, sediment deposition, onset of ocean spreading, and isostasy). The goal of this introduction was to remind students of things discussed in lecture, and tools to answer the discussion components of the lab. I also asked the students to describe the regional context of the two rift zone settings, and to compare their observations in that context. Finally, I added a few extra figures for student use, including a map of crustal type/composition in Red Sea, and a few others. This was to give the students additional resources with which to interpret their observations.

Assessment of student learning was through their submitted interpreted maps and cross-sections, and their written answers to a specific set of questions, some of which were designed to integrate observations. This exercise was largely observational, and thus students earned most credit for noting and describing features of interest, rather than interpreting them correctly. Thus, if students were succesful using GeoMapApp, and in characterizing the variations within and between the two rift zones, they had achieved my objectives. In future, however, I will likely ask students to explain/sketch their interpreted cross-sections, to make connections between tectonic structures and bathymetry, a gap in understanding that I note below.

Student outcomes: My hope with this exercise was that students would develop the skills to read bathymetric data, and interpret the morphologic observations, while putting their observations into structural and tectonic and context. This worked to a large degree. Students learned how to read and interpret bathymetry in various settings (not just rift zones), learned how to use GeoMapApp (to be used in other labs), and began to think more deeply about the causes of variations in bathymetry - e.g., how to distinguish between thinned continental crust and new oceanic crust, how to distinguish between sedimented vs. basaltic seafloor, how to read seafloor structure to interpret tectonic plate motions, and more. One connection most students did not make was how to relate the morphology with the subsurface structure along the rift margins - in other words, how normal faults thin continental crust; why oceanic crust is high. This can be covered during a wrap-up lecture which I might include in future versions - after they have worked with the data!

Instructor outcomes: Students love the hands on aspect of working with raw data, and learning how to manipulate and display data visually, as is provided by GeoMapApp. This is also consistent with how I work, so it was a pleasure to work with the students on this lesson. As part of the tutorial, I also introduced the students to different ways to display and plot the data (e.g., changing color palettes, illumination angle, etc.) to pull out different features. And I pointed them to some of the other tools provided by GeoMapApp - e.g., earthquake locations, seafloor ages, sediment thickness, available seismic lines over regions of interest, all of which I hope they may draw upon later. At the same time, I (re)discovered that students expect a good bit of instructor and TA input as they make interpretations, because students don't like to risk being wrong when their work is being graded.

Students should have been exposed to the basic tectonic structure of continental rifts and ocean spreading centers before tackling this exercise. This can be achieved in prior lectures, or by using or adapting the introductory lecture on extensional styles included in this MARGINS mini-lesson series. I also found it helpful to summarize factors that influence the resulting morphology and structure of rifted margins as noted above, so students have a toolbox of explanations to apply to their interpretations and discussions. This could also be part of an introductory lecture - although they will need a reminder that they come into play in this exercise.