Who are Urban Students?

America's two largest cities, New York City and Los Angeles, highlight the diversity of urban populations relative to the nation as a whole. Inner-city schools and colleges are ethnically diverse. Compared to the national average, a greater percentage of the urban population is foreign-born, or first-generation American, and speaks a language other than English at home. Thus many urban students lack a shared linguistic and cultural definition with that of their peers and their instructors. This cultural and linguistic diversity is one of the greatest challenges that an urban instructor faces - what analogies will work for the class as a whole, what topics will engage all students, and how can assignments best assist English language learners? However, cultural diversity has the potential to be a rich resource because students bring a wide range of contextually-rich global experiences to the classroom, including culturally influenced perspectives on what defines the environment, how the environment is valued, and how one proceeds in a process of inquiry. 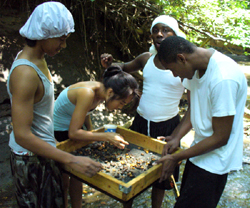 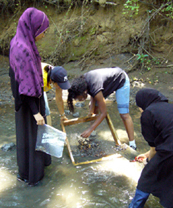 Compared with their suburban peers, urban students are more likely to live in low-income households, to have been educated in under-performing high schools within low-income neighborhoods, and to be the first generation to attend college. Thus, many urban students lack financial support and familial support structures for post-secondary education. Urban students are more likely to have to devote a substantial proportion of their off-campus time to jobs that support their household, or to the care of family members. Although such students may have limited time for homework, their sense of domestic responsibility has the potential to be highly motivational if educational activities can emphasize practical skills and career connections. Note that these issues may apply equally to students from rural settings.

Michael Casserly, the executive director for the Council of the Great City Schools, addressed these distinct urban demographics with respect to science learning by urban students, ''Student poverty, parent education, home resources, English-language proficiency and other factors outside our control work in tandem like a perfect storm to dampen our results [in urban science education] in ways that few others have to contend with'' (Schemo, 2006). This statement was in response to the National Assessment of Educational Progress report of its Trial Urban District Assessment of grades 4 and 8 (Lutkus et al., 2006) which found that performance in urban public schools was well below the national average. In 9 out of 10 major cities that participated in the study, more than half of eighth grade students failed to demonstrate a basic understanding of science (Lutkus et al., 2006). The poor performance of urban public school students is attributed to issues of race and income within urban centers. Griggs et al. (2006) document that Hispanic and Black students continue to score lower than white and Asian students on standardized science test scores in their senior year of high-school. In addition, statistics from New York State indicate that pre-college urban classrooms are less likely to be led by highly qualified teachers than those in rural settings (Brackett et al., 2008). Although the situation has been improving since 2001's No Child Left Behind Act, schools with the greatest percentage of poor and non-white students still employ the least qualified teachers (Boyd et al., 2007). Thus bright students with high potential may be arriving in college classrooms with deficits from their pre-college education.