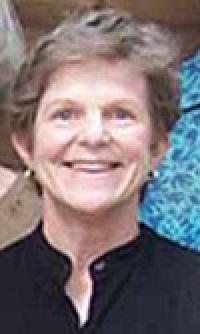 Maureen Murphy Nutting has been teaching History in the Seattle Community College District since 1992 and guiding the History Department at North Seattle Community College since 1996. To that work she brings experience and insights gained as a history professor at Humboldt State U (CA), Chaminade U (HI), the U of Miami (FL), Seattle U (WA), Prince Georges CC (MD), and Seattle Central CC (WA), and as a former Assistant to the Director of the American Historical Association (AHA-DC).
Nutting has served on the AHA Council and Professional Division (2001-2004) and on the Board of Trustees of the National History Center (2004-2010); she also chaired the Organization of American Historians (OAH) Committee on Community Colleges (2008-2010) and the Program Committee for the Community College Humanities Association (CCHA) National Conference (2001). She was given the Seattle Community College's highest honor, its Lifelong Learning Award, in 1996, and the CCHA's Distinguished Humanities Educator Award in 2005. To promote excellence in teaching History in the Community Colleges, she has taken two basic approaches: first, developing, refining, and using tools and strategies to make students better learners, and then sharing them with colleagues; and second, mentoring history PHDs who know their fields but need to know more to teach History effectively in community colleges. The mother of four and spouse of retired Coast Guard Captain Ted Nutting, she holds a B.A. from Fordham University and M.A and Ph.D. from the University of Notre Dame.

Nutting continues to work on tools and strategies to improve student research and writing. She leads an informal group of local community college historians who share materials and concerns. Much of her recent work has focused on aligning AACU and Bologna Accord general education learning outcomes and assessment with discipline-specific learning outcomes. In 2009, she co-directed, with Alan M. Kraut of American University, a NEH Summer Institute, American Immigration Revisited, for two-and four-year college faculty, at the Library of Congress.
Since the early 1990s, Nutting has team-taught in interdisciplinary programs with colleagues from several disciplines, mainly Economics and Anthropology. These have been either coordinated studies programs or linked courses; some have been campus-based and others hybrids(combinations of on-campus and online instruction). Last spring, her coordinated studies program on Pacific Northwest Communities (with Anthropology) included a Service Learning option for students at the National Archives Seattle Branch; this option will be available again in the same program in spring 2012, and in a new coordinated studies (with Economics) program, Hard Times, in fall 2011.