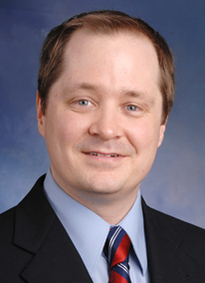 J. Todd Swarthout is a Research Assistant Professor of Economics and the Operations Director of the Experimental Economics Center in the Andrew Young School of Policy Studies at Georgia State University in Atlanta, GA. He received a Ph.D. in economics from the University of Arizona in 2002.

Todd's current research interests include theoretical and experimental investigation of insurance behavior, auctions, strategic interaction in competitive games, and mechanism design. He is also involved with the development of software tools to better support experimental economics methods in the classroom. He has created pedagogic experiment software for many areas of economics, including markets and auctions, game theory, public goods, and consumer choice. He has also developed EconPort, a digital library providing economic educational resources for students and instructors.

Over the past seven years, Todd has served as PI or Co-PI on several funded pedagogical projects to develop software and disseminate classroom use of experimental economics, including: "An Active Object-based Digital Library for Microeconomics Education" NSF DUE-0226344 (2002-2004), "Disseminating Experiments in Economics with the EconPort Digital Library" NSF DUE-0442660 (2005-2008), "Improving Student Learning through the use of Class-based Economics Experiments" internal GSU RPG Provost grant (2006-2007), and "Collaborative Research: Competitive Market Experiments for the Microeconomics Curriculum" NSF DUE-0633008 (2007-2008). Finally, he is currently working on software to allow class experiments to be conducted with classroom response systems, or "clickers".