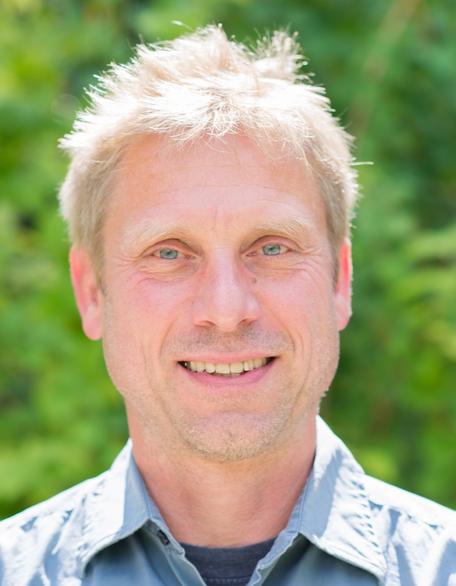 Martin Storksdieck directs Oregon State University’s campus-wide Center for Research on Lifelong STEM Learning, and holds appointment as professor in the College of Education and the School of Public Policy. The Center works to improve understanding of how all people learn STEM throughout the lifespan, in formal and informal settings. The Center accomplishes this mission by acting as a “neutral broker,” cultivating a trans-disciplinary community of scholars at OSU; serving as a resource at OSU on what is known about teaching and learning in STEM; engaging with partners at OSU, in the state of Oregon, and internationally in leadership, applied or use-inspired research and evaluation to enhance understanding and practices of STEM teaching and learning; and coordinating existing resources around STEM teaching and learning for major transformative initiatives aimed at improving the STEM capacity of all learners. Before joining OSU in 2014, Dr. Storksdieck served as the Director of the Board on Science Education (BOSE) at the National Research Council (NRC) of the National Academy of Sciences where he also directed the NRC Roundtable on Climate Change Education.  As the BOSE Director he oversaw studies that address a wide range of issues related to science education and science learning, and provide evidence-based advice to decision-makers in policy, academia and educational practice. His prior research focused on what and how we learn when we do so voluntarily (so-called free-choice learning, also referred to as informal or non-formal learning), and how learning (no matter where it occurs) is connected to behaviors, identities and beliefs. This includes the role of personal perspectives in science learning, particularly as they relate to controversial topics such as climate change or evolution. His recent research focused on the role of science-based professionals and science hobbyists in communicating their passions to a broader public.  Storksdieck is also recognized as an expert in the link between school-based and out-of-school learning and how potentially connected learning opportunities can create and sustain lifelong interest in science, but also in learning itself. Storksdieck has previously served as director of project development and senior researcher at the non-profit Institute for Learning Innovation. In the 1990s he was a science educator with a planetarium in Germany, where he developed shows and programs on global climate change and solar power; served as editor, host, and producer for a weekly environmental news broadcast; and worked as an environmental consultant specializing in local environmental management systems. He taught at the Albert-Ludwigs University (Freiburg, Germany), Roxbury Community College (Boston, MA), and the George Washington University (Washington, DC), and has been presenting and keynoting extensively on a variety of STEM and environmental education and communication issues, including transforming undergraduate STEM education, reforming K-12 science education, or supporting gifted and talented students.  He holds an M.S. in biology from the Albert-Ludwigs University in Freiburg, Germany; an M.P.A. from Harvard University’s Kennedy School of Government; and a Ph.D. in education from Leuphana University in Lüneburg, Germany.

My Interest in ASCN: Martin Storksdieck part of Accelerating Systemic Change Network:Member Profiles
Oregon State University Center for Research on Lifelong STEM Learning Director and Professor Prior Organizational Change Work I will pick my time at the Board on Science Education at the National Academy of ...

My Interest in ASCN: Martin Storksdieck part of Accelerating Systemic Change Network:Events:Meetings and Conferences:Workshop: July 2016:Participant Profiles
Oregon State University Center for Research on Lifelong STEM Learning Director and Professor Prior Organizational Change Work I will pick my time at the Board on Science Education at the National Academy of ...

Inclusive Excellence meets Evidence-Based Instructional Practice: The case of a three-pronged approach towards changing institutional practice part of Accelerating Systemic Change Network:Events:Meetings and Conferences:Transforming Institutions Conference 2021:Program:Presentations:Session XII
Our interactive presentation describes a project based on the premise that evidence-based instructional practices alone are not sufficient for addressing inequities that result in students succeeding in, or leaving ...