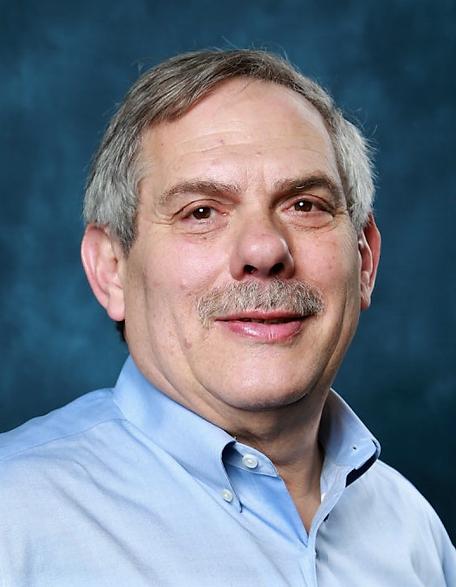 <p class="MsoNormal">Before retiring in November, 2018, Jay Labov served as a member of the staff of the National Academies of Sciences, Engineering, and Medicine for 23 years, most recently serving as Senior Advisor for Education and Communication since 2008. He directed or contributed to some 30 National Academies reports focusing on undergraduate education, teacher education, advanced study for high school students, K-8 education, and international education. He served as Director of the National Academies’ Teacher Advisory Council, and was Deputy Director for the Academy's Center for Education. He directed a committee of the NAS and the Institute of Medicine (now the Academy of Medicine) that authored Science, Evolution, and Creationismand oversaw the National Academy of Sciences' efforts to confront challenges to teaching evolution in the nation’s public schools. He coordinated efforts at the Academies to work with professional societies on education issues. He also oversaw work on improving education in the life sciences under the aegis of the Academy’s Board on Life Sciences.

<p class="MsoNormal">  <p class="MsoNormal">Dr. Labov is an organismal biologist by training. Prior to accepting his position at the National Academies in 1997, he spent 18 years on the biology faculty at Colby College (Maine). He is a Kellogg National Fellow, a Fellow in Education of the American Association for the Advancement of Science, a Woodrow Wilson Visiting Fellow, and a 2013 recipient of the "Friend of Darwin" award from the National Center for Science Education. In 2013 he was elected to a three year term beginning in 2014 in which he served as chair-elect for 2014, chair for 2015 and past chair for 2016 of the Education Section of the American Association for the Advancement of Science (AAAS). He was subsequently elected to a three year term to represent the Education Section on the AAAS Council beginning in 2017 and to a two-year term on the Council’s Executive Committee beginning in 2018. In 2014 he was named a Lifetime Honorary Member by the National Association of Biology Teachers, that organization’s highest award and recognition. He received an Academies Staff Award for Lifetime Achievement in December, 2014 and was named by the Society for Integrative and Comparative Biology as the John A. Moore Lecturer for 2016. He also received the Distinguished Service to Science Education Award from the National Science Teachers Association in April, 2016. In May 2018 he received the Leadership in Science and Engineering Award from the Washington (DC) Academy of Sciences. In June 2018 he received an award from President Samuel Stanley Jr., President of Stony Brook University, for Advancing Civic Engagement and Socially Beneficial Science and Engineering. In 2019 he was appointed as Chair of the education committee of the International Society for Evolution, Medicine, and Public Health and as a Fulbright Specialist by the U.S. Department of State. <p class="MsoNormal"> Since retiring from the National Academies, he has been professional active in the improvement of STEM education through consulting, advising, serving on boards and committees, and as a STEM volunteer at a local elementary school.
Workshop Participant, Website Contributor

Educators Certificate: STEM in the Public Interest part of STEM Futures:Products
Our team aims to create a certification for STEM educators that applies the ideals and strategies of SENCER (Science Education for New Civic Engagements and Responsibilities) and adds practical professional development in pedagogy, science communication, and community collaboration. SENCER courses and programs use civic problems and big interdisciplinary public challenges (e.g. infectious disease, climate change, etc) with student-centered pedagogy to teach rigorous foundational knowledge while building civic awareness. Because SENCER courses take a problem-based, systems approach to learning, they inevitably engage the humanistic and social science knowledge, as well as meta-knowledge and skills, that learners need to be scientifically informed civic agents in their communities. The certificate program will help instructors teach STEM content "through" pressing social and civic problems of direct relevance to local communities by providing: course/program design guides, student-centered pedagogical training, grounding in principles of effective science communication and informal science learning, and the development of collaborative opportunities with community-based STEM educators.

Course Design Template for Module Two of our Certificate in STEM in the Public Interest part of STEM Futures:Product Elements
This product element will focus on Module 2, the Creation of a course or Module that exemplifies the SENCER "systems" approach of teaching foundational (STEM disciplinary) knowledge "through" unsolved and pressing civic problems that require exploration of all the "domains" (humanistic, meta). The full 4 module certificate curriculum is on the "final product" page for Team 13, but Module 2, which focuses on creating a SENCER course, module, or learning experience, is the lynchpin of the certificate.

My Interest in ASCN: Jay Labov part of Accelerating Systemic Change Network:Member Profiles
National Academies of Sciences, Engineering, and Medicine Senior Advisor for Education and Communication Prior Organizational Change Work In addition to efforts at Colby in my role as Chair of the Natural Sciences ...

My Interest in ASCN: Jay Labov part of Accelerating Systemic Change Network:Workshop: July 2016:Participant Profiles
National Academies of Sciences, Engineering, and Medicine Senior Advisor for Education and Communication Prior Organizational Change Work In addition to efforts at Colby in my role as Chair of the Natural Sciences ...