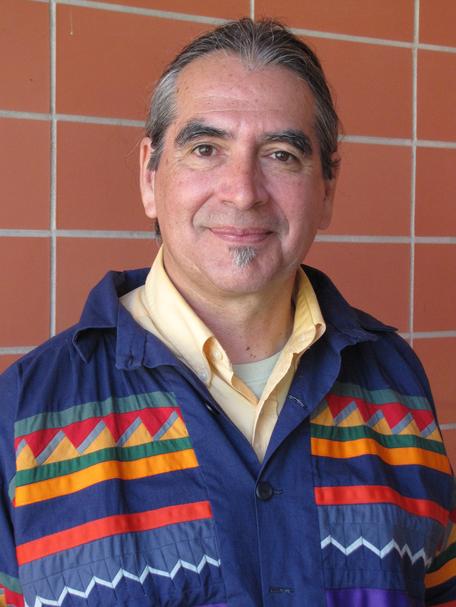 Daniel R. Wildcat is a Yuchi member of the Muscogee Nation of Oklahoma. He is director of the Haskell Environmental Research Studies (HERS) Center and member of the Indigenous & American Indian Studies Program at Haskell Indian Nations University in Lawrence, Kansas. In 2013 he was the Gordon Russell visiting professor of Native American Studies at Dartmouth College. Dr. Wildcat received B.A. and M.A. degrees in sociology from the University of Kansas and an interdisciplinary Ph.D. from the University of Missouri at Kansas City. He has taught at Haskell for 29 years.

Dr. Wildcat has been an invited speaker on American Indian worldviews at Goddard Space Flight Center, National Museum of the American Indian. Harvard Medical School, Dartmouth College, University of Kansas Medical School, Kansas State University, University of California (Riverside) and many other institutions of higher education. Dr. Wildcat frequently speaks to community groups and organizations on the issue of cultural diversity. In 1992 Dr. Wildcat was honored with the Heart Peace Award by the Kansas City organization The Future Is Now for his efforts to promote world peace and cultural diversity.

In 1994 he helped form a partnership with the Hazardous Substance Research Center at Kansas State University to create the Haskell Environmental Research Studies (HERS) Center as a non-profit Native American research center to facilitate: 1) technology transfer to tribal governments and Native communities, 2) transfer of accurate environmental information to tribes, and 3) research opportunities to tribal college faculty and students throughout the United States.

In 1996 Dr. Wildcat helped plan and organize an American Indian educational program to celebrate the 25th anniversary of Earth Day where he moderated a live nationally broadcast dialogue between traditional American Indian Elders and American Indian scientists and engineers about the way we must live if we are to ensure a healthy planet for our children. Dr. Wildcat helped plan and design a four-part video series entitled All Things Are Connected: The Circle of Life (1997), which dealt with land, air, water and biological issues related to environmental science and policy issues facing Native nations.

He is the author and editor of several books: Power and Place: Indian Education In America, with Vine Deloria, Jr.; Destroying Dogma: Vine Deloria’s Legacy on Intellectual America, with Steve Pavlik. His most recent book, Red Alert: Saving the Planet with Indigenous Knowledge, suggests current global climate change issues will require the exercise of indigenous ingenuity - indigenuity - and wisdom if humankind is reduce the ecological damage well underway.

Exploring Applications of Indigenuity: Incorporating Indigenous perspectives in the geoscience classroom part of Earth Educators Rendezvous:Previous Rendezvous:Rendezvous 2018:Program:Afternoon Workshops
The scale and complexity of examining human interactions with the Earth requires systems thinking. In this session, we will explore the ways in which the rich worldview traditions based on holistic or complex ...

Systems Science part of Rendezvous 2015:Program:Plenary Sessions
The scale and complexity of the Earth system's environmental crises now requires systems thinking. No Peoples on the planet have richer worldview traditions based on holistic or complex systems thinking than ...