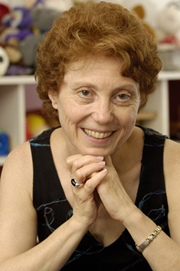 Nora S. Newcombe is Laura H. Carnell Professor of Psychology and James H. Glackin Distinguished Faculty Fellow at Temple University. She received her Ph.D. in 1976 from Harvard University. Her research focuses on spatial cognition and development, and the development of episodic memory. She is currently Principal Investigator of the NSF-funded Spatial Intelligence and Learning Center (SILC). Dr. Newcombe is the author of numerous chapters, articles, and books, including Making Space with Janellen Huttenlocher (MIT Press, 2000). Her work has been recognized by numerous awards, including the William James Award from APS (2014), the George A. Miller Award for an Outstanding Recent Article in General Psychology (awarded twice, in 2004 and 2014) and the G. Stanley Hall Award for Distinguished Contribution to Developmental Psychology (2007). She was elected to the American Academy of Arts and Sciences (2006) and to the Society of Experimental Psychologists (2008).

Evidence-Based Teaching in the Earth Sciences: Where Are We Now? part of Rendezvous 2015:Program:Plenary Sessions
Over the past two decades, a rapidly-evolving science of learning has begun to develop evidence-based practices for education across the age range from preschool through university. At the same time, ...