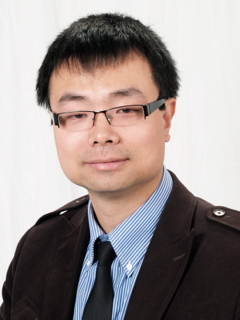 Dr. Zhuang is also dedicated to mentoring high school, undergraduate, and graduate students in research. Dr. Zhuang's mentoring efforts have been recognized by the 2008 Graduate Student Mentor Award from the University of Wisconsin-Madison, and the 2012 President Emeritus and Mrs. Martin Meyerson Award for Distinguished Teaching and Mentoring from the University at Buffalo.

Finding a Partner in a Disaster part of Integrate:Workshops and Webinars:Teaching about Risk and Resilience:Real-World Examples
Jun Zhuang, Industrial and Systems Engineering, SUNY at Buffalo Summary To illustrate the application of the proposed model in a practical environment, in the remainder of this section we will discuss the model ...

Decision Analysis part of Integrate:Workshops and Webinars:Teaching about Risk and Resilience:Courses
This course provides an overview of modeling techniques and methods used in decision analysis, including multiattribute utility models, decision trees, and Bayesian models. Psychological components of decision ...