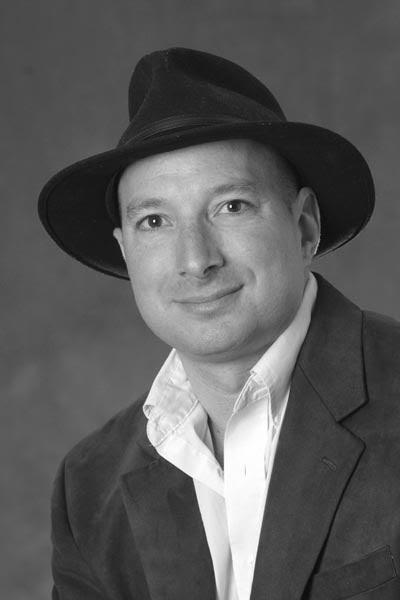 University of Colorado at Boulder

Noah Finkelstein is a Professor of Physics at the University of Colorado Boulder and conducts research is in physics education, specifically studying the conditions that support students’ interests and abilities in physics – developing models of context. He is a PI in the Physics Education Research (PER) group and a director of CU’s Center for STEM Learning. He is involved in education policy serving on many national boards, as Trustee of the Higher Learning Commission, is a Fellow of the American Physical Society, and a Presidential Teaching Scholar and the inaugural Timmerhaus Teaching Ambassador for the University of Colorado system.

Or if you wish a longer one:

Noah Finkelstein received a Bachelor’s degree in mathematics from Yale University and his PhD. for work in applied physics from Princeton University. He is currently a Professor of Physics at the University of Colorado Boulder and conducts research is in physics education. He serves as one of the directors of the Physics Education Research (PER) group at Colorado, one of the largest research groups in physics education in the country. Finkelstein is also a director of the national-scale Center for STEM Learning, which has become one of eight national demonstration sites for the Association of American Universities’ STEM Education Initiative.

Finkelstein’s research focuses on studying the conditions that support students’ interest and ability in physics – developing models of context. These research projects range from the specifics of student learning particular concepts to the departmental and institutional scales of sustainable educational transformation.  This research has resulted in over 120 publications, and nearly 450 public presentations.

Finkelstein has been a key figure in building the physics education research community in the United States. Recently he has also been establishing a national network among university-based centers of STEM education, in partnership with the Association of Public and Land-grant Universities (APLU).

Finkelstein is increasingly involved in policy, and in 2010, he testified before the US Congress on the state of STEM education at the undergraduate and graduate levels. Finkelstein has and continues to serve on many national boards in physics education, including:  inaugural member (2006) and vice-Chair (2008) of the Physics Education Research Leadership Organizing Council, and Chair (2011, 2012) of the Committee on Education of the American Physical Society (APS), inaugural past-chair (2014) of the APS Topical Group on PER, and Chair of the AAPT Public Policy Committee (2008-) and APS Education Policy Committee (2012, 2016). He serves on the Board of Trustees for the Higher Learning Commission, which accredits more than 1,000 institutions of higher education in the U.S. (2014-), is a member of the Technical Advisory Board for the AAU’s new Initiative for Improving Undergraduate STEM Education (2011-), and very involved in APLU’s efforts in the Science and Mathematics Teacher Imperative.

More information
on Noah: http://spot.colorado.edu/~finkelsn
on PER: http://per.colorado.edu
on the Center for STEM Learning; http://www.colorado.edu/csl

Teaching Quality Framework Initiative part of Network of STEM Education Centers:Program Descriptions
This effort provides framework for supporting and assessing teaching quality across all departments on a campus (i.e. a Teaching Quality Framework, or TQF). The TQF has two essential elements: (1) categories that define teaching as a scholarly activity, and (2) a change process for implementation. To assess teaching quality, we draw on three perspectives--faculty members, their students, and their peers--as sources of data. The TQF scholarly categories are held constant across departments, but each department contextualizes them according to the specifics of their discipline. The implementation strategy is grounded in theories of organizational change and is designed to lead to campus-wide adoption. This strategy is not a top-down mandate; it focuses on bringing together key faculty leaders and departments and providing them with a structure to co-create, test, and evaluate an assessment system in the context that makes the most sense to them.

Center for STEM Learning part of Network of STEM Education Centers:Center Profiles
University of Colorado Boulder Established: 2012 as a Center; 2008 as a signature initiative of the university http://www.colorado.edu/csl Profile submitted by Noah Finkelstein Vision and Goals The mission of the ...