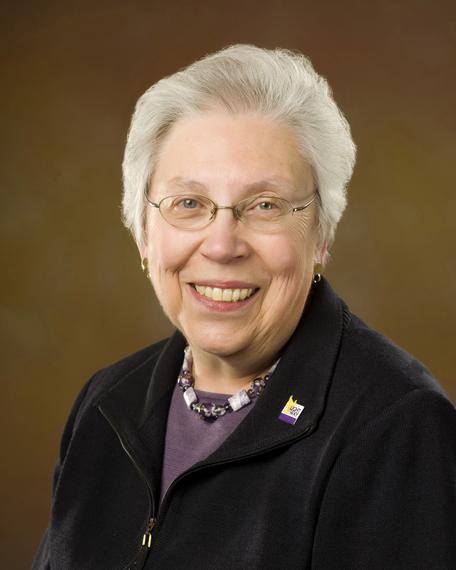 Dr. Judith A. Ramaley (pronounced Rah may’ lee) is President Emerita and Distinguished Professor of Public Service at Portland State University in the Mark O. Hatfield School of Government and President Emerita of Winona State University. She serves on the Board of Campus Compact of Oregon and the Board of Second Nature, an organization devoted to assisting colleges and universities in responding to the challenge of climate change. She served as the 14th President of Winona State University (WSU) in Minnesota from 2005 to May 2012. Under her leadership, Winona State continued to develop its reputation as a community of learners improving our world. Enrollment reached an all-time high and the university continued to develop its use of educational technology through its e-Warrior Life and Learning program. The university community dealt with a progression of significant reductions in state support while protecting the integrity of its programs and enhancing the experience of its students. During her tenure, the University established a statewide Center focused on education and the improvement of practice in the health sciences.

Prior to coming to Minnesota, she held a presidential professorship in biomedical sciences at the University of Maine and was a Fellow of the Margaret Chase Smith Center for Public Policy. She also completed a residency as a Visiting Senior Scientist at the National Academy of Sciences from January to June 2005.

From 2001-2004, Dr. Ramaley was Assistant Director, Education and Human Resources Directorate (EHR) at The National Science Foundation. The EHR Directorate is responsible for the health and continued vitality of the Nation’s science, technology, engineering and mathematics education and for providing leadership in the effort to improve education in these fields. During Dr. Ramaley’s tenure, the Directorate managed an annual budget of over $900 million. Prior to joining NSF, Dr. Ramaley was president of The University of Vermont (UVM) and professor of biology from July 1, 1997 to June 30, 2001. Before coming to UVM, she was President and professor of biology at Portland State University in Portland, Oregon for seven years (1990-1997.)

Dr. Ramaley has a special interest in higher-education reform and has played a significant role in designing regional alliances to promote educational cooperation.  She also has contributed to national discussions about the changing nature of work and the workforce. She plays a national role in the exploration of civic responsibility and the ways that higher education can promote good citizenship and has published extensively on educational reform, science, technology, engineering and mathematics education and the leadership of organizational change. Currently, she serves as a senior scholar with the Association of American Colleges and Universities with a special focus on education for the 21st century and the interpretation of Liberal Education and America’s Promise in the context of transfer and articulation policies and equity and inclusion practices across postsecondary institutions. She also serves as an advisor to the American Association of State Colleges and Universities (AASCU) where she participates in a project focused on Reimagining the First Year of College with a special emphasis on success for all students.

Communicating and Collaborating Across Disciplines part of Accelerating Systemic Change Network:Posts
Those of us who are working on ways to attract students to the study of STEM fields must design a curriculum that prepares our students to understand and manage complex problems where scientific knowledge interacts ...