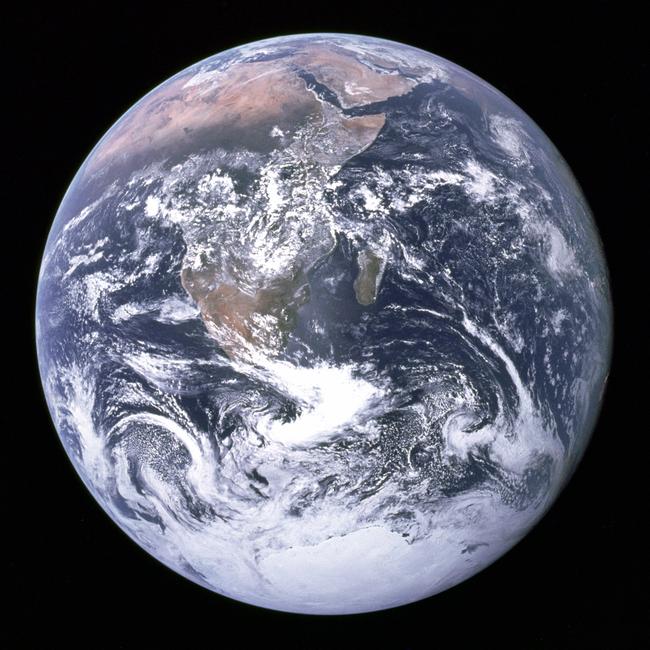 Blue Marble: View of the Earth as seen by the Apollo 17 crew -- astronaut Eugene A. Cernan, commander; astronaut Ronald E. Evans, command module pilot; and scientist-astronaut Harrison H. Schmitt, lunar module pilot -- traveling toward the moon. This translunar coast photograph extends from the Mediterranean Sea area to the Antarctica South polar ice cap. This is the first time the Apollo trajectory made it possible to photograph the South polar ice cap. Note the heavy cloud cover in the Southern Hemisphere. Almost the entire coastline of Africa is clearly visible. The Arabian Peninsula can be seen at the Northeastern edge of Africa. The large island off the coast of Africa is the Malagasy Republic. The Asian mainland is on the horizon toward the Northeast. Image Credit: NASA
Originally uploaded in Nanotechnology in STEM.

Last Modified: 2018-06-14 21:57:50
Permanent URL: https://serc.carleton.edu/download/images/187152/planet_earth_from_apollo.jpg
The file is referred to in 1 page
Provenance
Photo from NASA, https://www.nasa.gov/content/blue-marble-image-of-the-earth-from-apollo-17
Reuse
This item is in the public domain
and maybe reused freely without restriction.